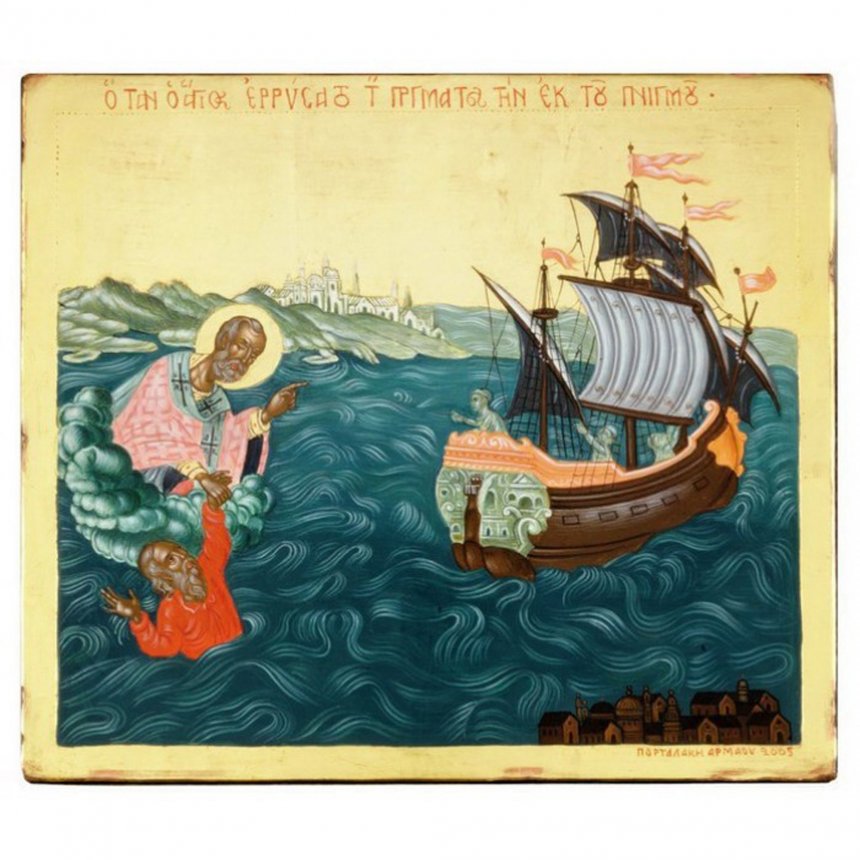 Saint Nicholas miraculously saves a merchant, who accidentally fell into the sea. Depicts a scene from the icon of Saint Nicolas kept at the Benaki Museum, which is signed by the painter Laskaris Leichoudis from the island of Kephalonia and dated 1733.

About the artist: Sophia Portalaki-Armagou 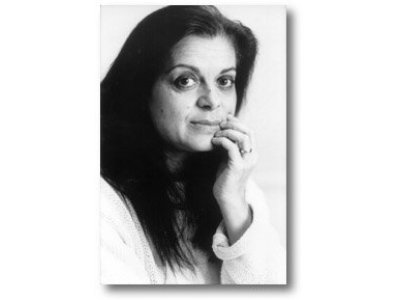 1947 She was born in Heraklion, Crete. She began to work on Iconography at the age of 14.
1965-1970 She studied painting and mosaics at the Athens School of Fine Art
1972-1973 Continuing her studies at the Ecole Nationale Superieure des Beaux-Arts in Paris. In Iconography, she studied and worked on the Cretan School of the 15th and 16th centuries.
She participated four times at the Frankfurt International Fair. Since 1983, she has been producing images in Germany, France, the Netherlands and America.
1974 she lived and worked in Athens.
1984 she represented Greece in the "Mediterranean Week" in Stuttgart, Germany.
1985 Illustrated the iconostasis of the Church of Boulgari - Gallisoni in Rome.
Her works are in private collections and art galleries.
1998 The collaboration with Greek Museums began to create copies of Byzantine icons. 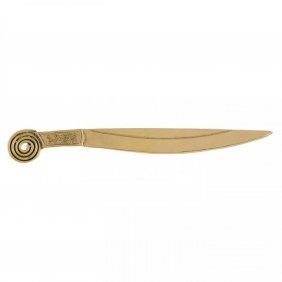 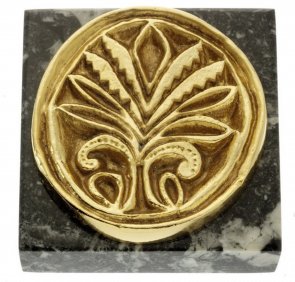 Paperweight with representation of a palmette 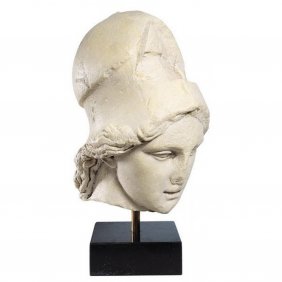 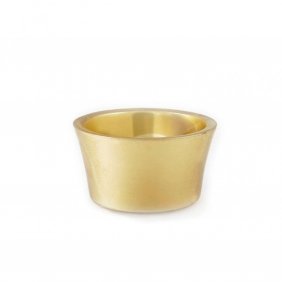